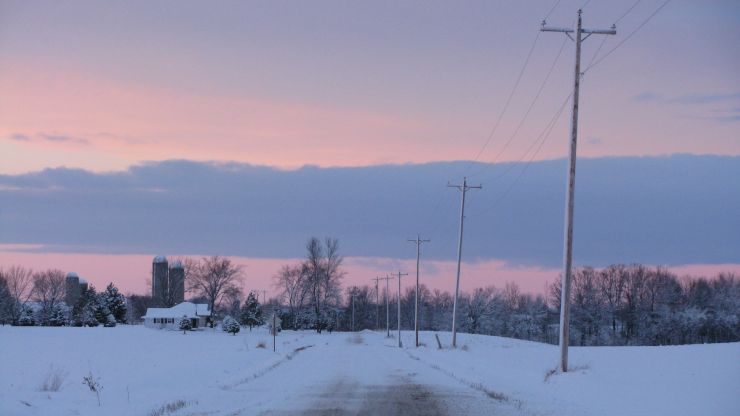 Down the Road to Terrapin Creek

In November of 2010 I got my first job in the professional sector. This is not to say that I hadn’t worked before; my resume was chock full of previous work experience. I had been a College Math Tutor, a Mason Tender, a Roofer, a Drywaller, etc. but those had all been jobs where I worked for, or with, a very small crew of people, most of whom I already knew. This was my first experience with the strange, strange, social dynamic that can be found in a large product engineering department. There is nothing wrong with strange. I am a Morell, and Morells typify strangeness. If you hadn’t already figured that out… just read a few more articles on this site.

For some reason, the group that I was working with held a higher than average number of conspiracy theorists who espoused beliefs in everything from “chem-trails” to “the moon landing was a hoax.” I was unconvinced. I believed then, and I still believe today, that conspiracy theories tap into the same psyche as underdog sports movies. We watch those movies, which are more predictable than the hero’s journey of Campbellian Monomyth, because they allow us to believe that the little guy can win, that the experts are wrong, and that our own imagination can trump the cold harsh structure of reality. The truth: The Patriots are currently the best team in the NFL. Neil Armstrong was the first man to stand on the moon. And Jack Higgins is not a reliable source for WWII history.

If history is a tapestry of threads carefully woven to reveal an image of the past, conspiracy theories are a spiderweb of threads carefully woven into a trap for the gullible. Even as I rejected my coworkers’ theoretical rewriting of history, and cleansed my work area of INFOWARS bumper stickers, an idea, persistent and intriguing, began to take root: What if it was all true after all? Thus, was born the seed of The Iron Hand the first of the Nick Chase stories.

In a creative writing class, I had been told to, “Write what you know.” I’m still not sure if this is good advice, but it certainly guided the creation of Terrapin Creek, the fictional home of El Rey Industries. Many of the descriptions and locales came straight out of my experiences in the real town of Ripon Wisconsin. Now, before anyone tries to sue me for slander, libel, etc. because I compared their store to a pastrami sandwich left in a glovebox for two weeks, let it be stated that I like Ripon. Any disparaging comparisons drawn between the fictional Terrapin Creek and the very real Ripon are the product of my imagination, rather than a strict representation of the reality we have all come to know and love. (My legal team, which consists of a shoulder angel and associated shoulder devil, assures me that no one has ever been offended by anything posted on the internet so long as it was delivered in a self-deprecating tone; so I should be fine)

In reality, Ripon is small Midwest town, which has survived the decline of main street America rather well. It still plays host to more than its fair share of restaurants, even if three of them burned down within twelve months of my arrival in the city. It does have a library, and yes before you ask, I think that VPNs are a good idea when using public WiFi. To the best of my knowledge, it does not have any stores whose interior decoration resembles the aforementioned pastrami sandwich.

In The Iron Hand Nick Chase says, “El Rey’s engineering building loomed in front of us. The entire place looked like an old prison. It was all red brick. There were no windows on the ground floor. The few windows on the second floor were barred ... There was a gate topped with razor wire, which lead into a central courtyard where I guessed VPs and such parked their cars.”

This is an embellished description of the Shepard Street face of Alliance Laundry Systems’ Ripon factory which dates back to sometime in the 1930s or 40s. A quick comparison with the image below, will reveal that Nick is an unreliable narrator. There are still seven first floor windows, all of which are unbarred, and there is no razor wire to be seen. That being said, I still think the building looks like an early 20th century prison. 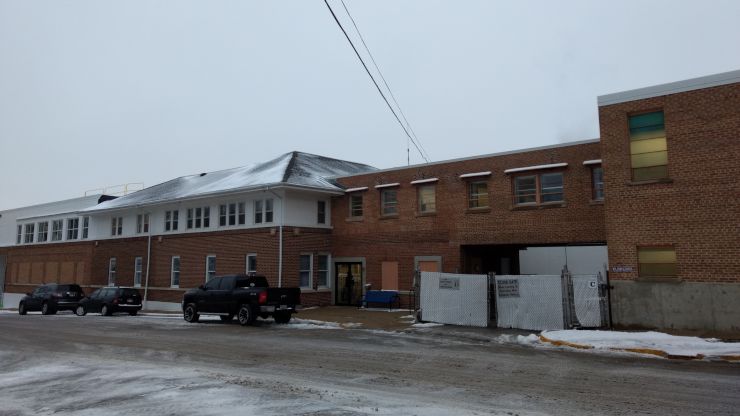 Recognizing that embellishments are the stock and trade of every writer, take what I say with a grain of salt, for I am as prone to hyperbole as any of my characters. But within the quiet streets of this Midwest town, you can see traced in spectral outline the ever-blurring distinction between the real and the imagined, the original and the recreation, the fictional Terrapin Creek and the actual Ripon Wisconsin.

If you want to learn about the town that inspired some of my wild ramblings, you can check out John McGivern’s special on Ripon here. For bonus points, you can try to spot me in my first and, at the time of this writing, only television appearance.